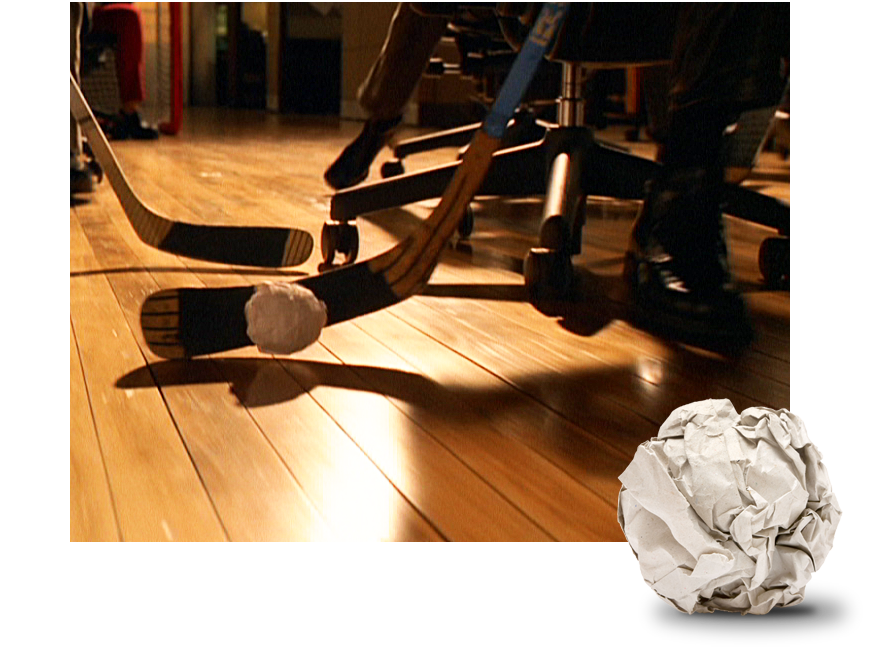 . . . and Dot-Coms are setting up cool offices for throngs of young coders typing HTML.  Herman Miller launches a new “performance” chair that New York  magazine would call the “Dot-Com Throne”.  MoMA acquires one for its permanent collection.  In 1999, Business Week  names the Aeron  chair “Design of the Decade”.

A subsidiary of Herman Miller, SQA (Simple, Quick and Affordable), is responding to Dot-Coms’ burgeoning need for office furniture by offering limited-selection, rapid-ship furnishings.  Rasikas Films has been producing numerous videos for SQA in collaboration with Dan Botruff,  SQA’s marketing whiz.  Botruff is put in charge of a showpiece Aeron  video for the “Design of the Decade” event in New York –  where Herman Miller would be seated next to the likes of BMW and Apple.  No pressure.

An idea session with SQA, Fairly Painless Advertising and Rasikas Films occurs over craft beers at a befitting, multi-floored, warehouse restaurant complex.  After several ideas are tossed around with none gaining traction, Fairly Painless Creative Director, Peter Bell, reveals his brilliant, two-word concept that would evolve into a campaign reaching across continents: “office hockey”.

Next up was to film this new game – or at least enough of it to be convincing.  Production meetings result in numerous “must haves” including board checks, saves and errant pucks.  Rasikas Films’ Producer/AD Lisa Mulry recruits high school hockey Coach Joe to help guide talent auditions (which resemble scrimmages) and as technical advisor on the 35mm film shoot.  Fish bowls, vintage bikes and other dot-comish office props are gathered.  Various densities of paper-wad pucks are constructed and tested.  Off-speed, slo-mo, chair-cam and bullet-time camera techniques are explored.  Producer Mulry negotiates the perfect warehouse office location with room to roll.  Director/Editor Kerry Rasikas mulls over a finale he’ll try at the shoot.

The Office Hockey  video is revised into a thirty-second TV spot broadcast around the world in dozens of languages. 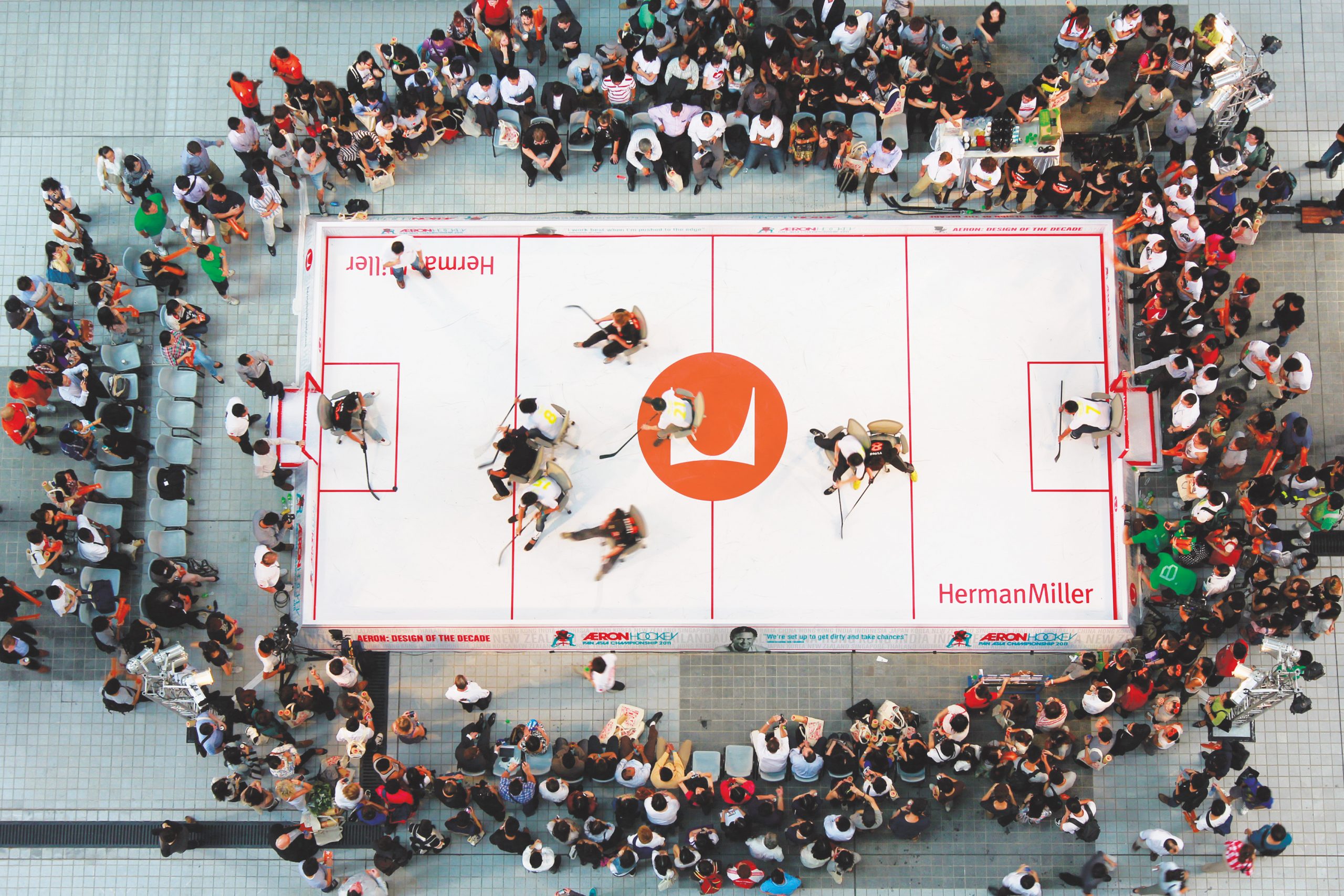 Competitions are held around the world for years, including the 2011 Pan Asian Championship in Hong Kong with teams from Australia, India, Indonesia, Japan, New Zeeland, Thailand, and Singapore.

Throughout the entire tournament, only one chair caster broke.

Over seven million Aeron chairs have been sold worldwide.

Three, slightly nicked and scratched from the shoot, are still in service at Rasikas Films. 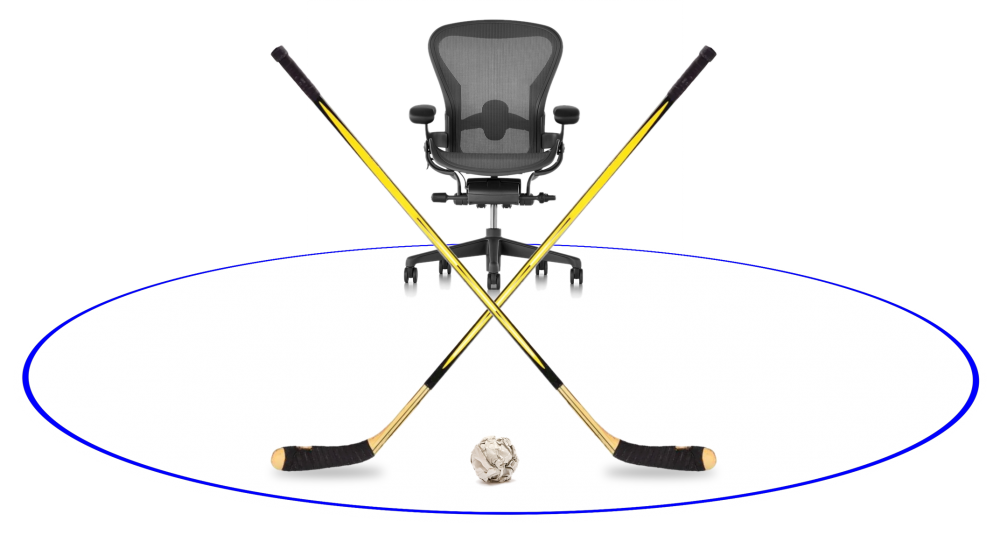