Youth were growing less and less interested in the church. Wanting to further understand and address this trend, leaders and students at Hope College began development of a pilot mentoring program called Generation Spark. 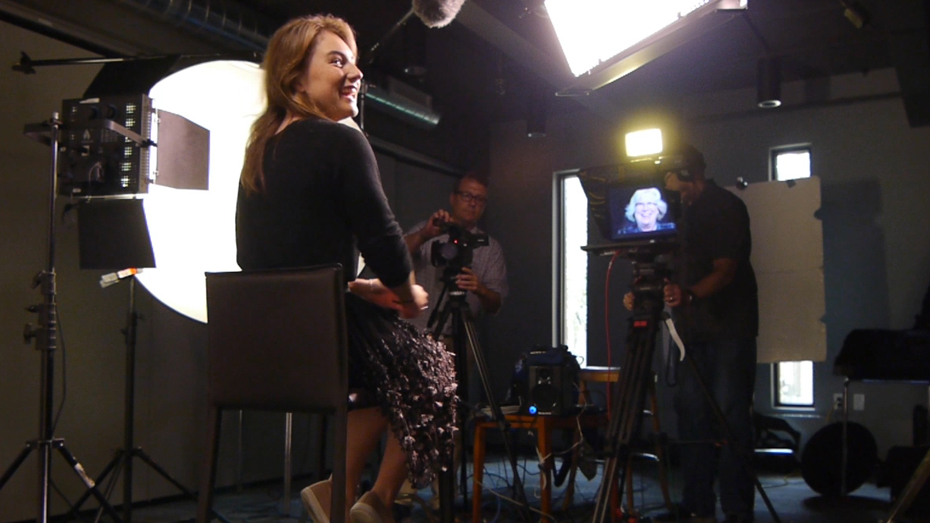 We were part of the team brought in to help introduce the new program. Input from program developers centered around further illustrating what young people thought about today’s church. We suggested that we simply ask them – and film it.

A few weeks later, we did. And a few adults were added for their perspective.

When people speak directly to the camera there’s a more direct, eye to eye engagement with viewers. But cameras and lights can be the enemy of candor and a catalyst for nerves.  We couldn’t get rid of the lights, but we could the camera by putting a friendly face in front of it with a technique inspired by the Interotron, a device developed by acclaimed documentarian Errol Morris.

With this approach, the participant hears and sees the questioner rather than a cold camera lens. The questioner sees and hears the on-camera participant. Each person observes the expressions and body language of the other during the interview. Most importantly, direct eye contact with the person being interviewed is maintained. The participant is more relaxed and open.

One year after the launch of Generation Spark, we returned to film initial results of the pilot mentoring program. We asked several participants, youth pastors and program facilitators about their experiences.